This pleasant rosé wine comes from the volcanic island of Madeira. Primarily sourced from selected growers on the warmer southern vineyards of the Câmara de Lobos and Campanário areas.
With a pale pink colour leaves on the nose notes of fruit like strawberry´s and pomegranates. On the palate it´s very fresh and stimulating leaving an intense fruity aftertaste.

The year 2017 celebrates the 25th anniversary of the launching of the first table wine produced and bottled in Madeira – The Atlantis Rosé.
The name Atlantis was inspired in a legendary lost Island subcontinente in the Atlantic Ocean, often idealized as an advanced society holding wisdom that could bring world peace.

Atlantis represents the freshness of the Atlantic and the beauty of the Island where this nectar is produced.
The Atlantis rosé is produced with the grape variety Tinta Negra. Excellent as an aperitif or paired with grilled fish, shellfish, pasta and cold salads in the summer.

This winning project by Madeira Wine Company reflects the vision and pioneirism of the Company even when the general opinion at the time was that the natural conditions of the Island wouldn’t permit the production of quality table wines.

In May 2016, Madeira Wine Company launched the Atlantis white produced with the noble grape Verdelho, grown in Raposeira, Calheta, on the sunny south coast of Madeira. This wine is excellent with fish, shellfish, white meats and canapés.

The Atlantis was crafted by Francisco Albuquerque, the award-winning winemaker of Madeira Wine Company, three times considered the best fortified winemaker in the world. 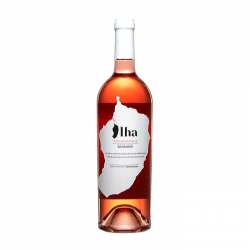