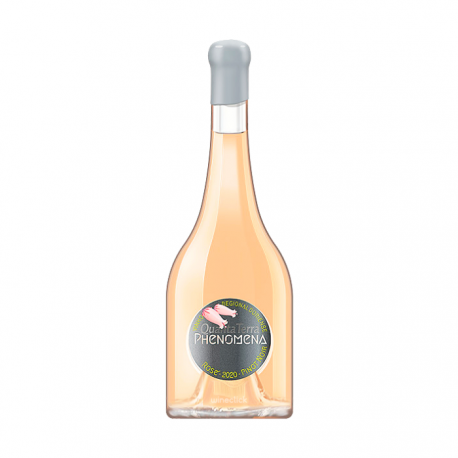 Light salmon colour and very delicate aroma, with notes of wild red fruits, watermelon, roses and hints of flint. In the mouth it has vibrant acidity, remarkable freshness, tension, nerve and structure, but at the same time it is elegant and sophisticated. A rosé with a long finish, character and originality.

Both Celso Pereira and Jorge Alves could have the nickname 'Quanta Terra', were they not the personification of the wine brand that this year celebrates its first 20 years of existence.

Quanta Terra, rather than being the result of a lifelong passion of each one of those responsible, began to take its first steps in the 1990s, when the two main players met while working in the oenology department of Caves Transmontanas.

They quickly developed a professional complicity that would allow them to create a solid base for Quanta Terra, which at the time was only a mirage - or a sketch on a notebook, the reader may choose the analogy that best suits the context.

One day they thought it was time to turn the idea into something concrete. They got down to creating wine and set off for the Cima Corgo and Douro Superior regions in search of the best soils and vines. For two years they studied grape varieties, grafts, altitudes and exposures. As they cut out options, the draft became more than just an idea.

Finally, they were faced with a decision: heads or tails.
Two properties filled their measurements. It was heads... and tails, as the Quinta chosen - Quinta do Tralhão - is the face of this producer and the crown of the incredible wines produced there.

With an average altitude of 215 m and southwest exposure, the Quinta had, at the time, 30 hectares of which 12 hectares were vineyards over two decades old. It seemed perfect. But everything that is good has a price to pay. The vineyards were in a general state of abandonment which forced a total restructuring.

The millennium was ending when, finally, Celso and Jorge established the company Quanta Terra, Lda.

Visionary, with a high potential project, but without the financial means to move to Tralhão, the two winemakers agreed on their intentions and proposed a share to Mário Joaquim, owner of the property that belonged to his family for several generations. The die was cast.

With a lot of pampering, manual harvest and some experiments in between, the two mentors of the project left the notebook aside and finalised the preparations to present to the market that which had been brewing in their minds for a long time? 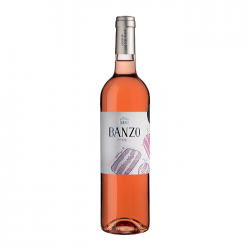