The Tejo region is located in the very heart of Portugal, a short drive from the capital city of Lisbon. The Denomination of Origin has six sub-regions , Almeirim, Cartaxo, Chamusca, Coruche, Santarém e Tomar.
Formerly known as Ribatejo, since 2009 the region has now simply been called Tejo, a tribute to the river that has defined its landscape, climate and economy for centuries. The river can also be credited for shaping the distinct Tejo terroirs, making the surrounding plains and riverbanks an ideal terrain to cultivate Portugal’s native grape.
The terroir of the region is deeply defined by the very nature of the Tejo River. The river`s breadth and strength elementally impacts the soil and climate of the region, producing three distinct wine-producing zones: Bairro, located a north of the Tejo River, comprised of rolling hills and sweeping plains, Charneca, a dry, flat area marked by poor, sandy soils that force the vines to struggle, and in turn produce more complex fruit, and Campo along the very edges of the Tejo riverbanks, with maritime climate, contributing to the fruitiness, acidity and freshness in the wines.

Climate: Moderate, with average temperatures between 15º C and 16.5º

Soil: There are four types of soil, schist, in an area near Tomar, of alluvium, in the plains regularly flooded by the Tejo river, clay-limestone, where the mountains alternate with plains and sands, further south to the Alentejo.

Old and famous
The wines from Ribatejo were already famous before Portugal became a country. In 1770, in the foral (royal document) of the city of Santarém, D.Afonso Henriques made reference to these wines.

Moscatel
Moscatel de Setúbal has always been a very famous wine. One of its greatest appreciators was the French king Louis XIV. 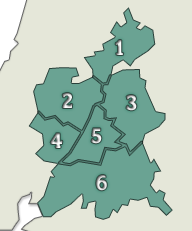