The Península de Setúbal is surrounded by the Atlantic Ocean and the rivers Tejo and Sado and comprises two Denominations of Origin: Palmela and Setúbal. There are two types of landscape, one is characterized by vines planted between 100 and 500 meters. The Arrabida mountain protects the vines from the influence of the atlantic. The other area represents, about, 80% of the region, includes flat land or gently undulating, rarely exceeding 150 m in height,. The region, located south of Lisbon, is essentially characterised by tourism and large wine farms. From Castelão to Moscatel, this region has always had an important role in the history of Portuguese wines.

The new wines from this region are distinguished by floral aromas in whites and mild flavors of spices and wild fruits in reds. Wines with aging potential.
Setúbal’s fortified wine produced from the Moscatel and Moscatel Roxo grapes is one of the oldest and most famous wines in the world.

Climate: The climate is Mediterranean, with hot, dry summers and mild but rainy winters. Vineyards in the Serra da Arrábida are cooler, owing to the higher altitude and the proximity of the sea.

Soil: Much of the area is flat and sandy, with the exception of the Serra da Arrábida, a short chain of mountains running along the south coast of the peninsula, where the soils are limestone or clay-limestone.

The Torna-Viagem
Moscatel was much exported to America, namely Brazil. When the wine was not sold, it would return to Portugal. Transportation was done in ships that crossed the Atlantic. Therefore, the wines were subject to high temperatures throughout the journey. Once arrived at the port, one would notice that the wine in the barrels was more concentrated and softer. These wines became known as torna-viagem (free translation: return trip), since they would make a trip out of Portugal and return to the country.

The first wines in Portugal
Wine is thought to have been brought to Portugal by the Phoenicians around the year 600 BC, namely through the estuaries of the rivers Sado and Tejo. The Phoenicians were looking for metals and, as an exchange currency, would offer, among other products, wine and oil amphoras.

Biggest vine in the world
In the 19th Century, the biggest continuous vine in the world was located in the Península de Setúbal: about 4000 hectares of vine that belonged to a single producer. Currently, the area occupied by the vine is of about 10000 hectares. 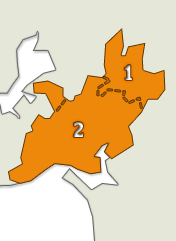