Discovered by Portuguese navigators in 1418, the island of Madeira soon aroused the interest of Infante D. Henrique, who considered it privileged for planting vineyards and sugar cane, and introduced its cultivation on the island, sending strains from Greece " Malvasia, "originating from Napoli di Malvasia, near Sparta.
The Archipelago of Madeira consists of 2 inhabited islands Madeira Island and Porto Santo Island and the small sets of islands called Selvagens Islands and Desertas Island.
It is on the main island called “Pearl of the Atlantic” that one of the most famous wines in the world produces the fortified wine “Madeira”.

Soil: The soils originate from volcanic rock; the majority from basalt. In general, soils are argilleous and acidic, rich in organic matter, magnesium, and iron, poor in potassium, and with sufficient levels of phosphorus.

Shakespeare
In play that Shakespeare wrote for King Henry IV, there are references to Madeira wine. In the play, the character named Falstaaf sells his soul to the Devil in exchange for a piece of cold capon and a glass of Madeira.

An elegant wine
Madeira was considered a very elegant wine. Court ladies would even use it as a perfume on their handkerchiefs. In England, Madeira and Port would compete for the first place in the court's preference.

Duke of Clarence
The Duke of Clarence was a noble Englishman who, after being sentenced to death for attempting to murder his brother, Edward IV, chose to die by drowning in a Madeira Malvasia cask.

Delicious Madeira
Madeira wine was widely exported to England, France, Flanders and the United States. Francisco I (1708/1765) used to say that Madeira was the richest and most delicious wine in Europe. Important families from Boston, Charleston, New York and Philadelphia would compete among themselves to get the best Madeira wines. 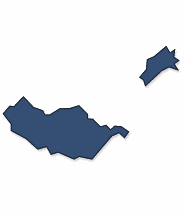