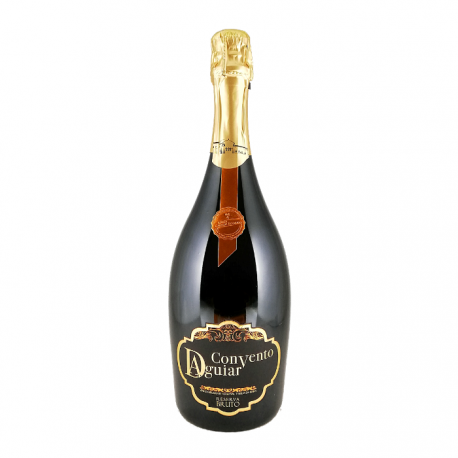 Sparkling wine produced from the Siria and Fonte Cal grapes, from old vines with late harvest, having been produced by the Charmat method, is fruity, fresh and harmonious.

With the majestic Marofa Mountain as an astonishing an breathtaking background , between the valleys of the rivers Côa and Águeda, which flow into the internacional and neighbouring Douro River, we find the beatiful and picturesque village of Figueira de Castelo Rodrigo. It has been recognized as a wine tradition village whre high quality wines have been being produced for many years now.

It was during the 12th century that the cistercian monks, who inhabited the nearby convent od Santa Maria de Aguiar, started the cultivation of vineyards and placed all their knowledge and mastery inte production of wines of excellence.

Today, Figueira de Castelo Rodrigo's winery is assumed as the heir of their knowlodge and art. Founded in 1956 by 154 members, it currently has 800.

Our wine cellar belongs to the demarcated region of "Beira Interior" in the sub-region of Castelo Rodrigo. this sub-regios is characterized by a continental/mediterranean climate with soils where tha shales and sandstones prevail.

In the white grapes, we find Syria and Malvasia Fina, in the red varieties, Marufo, Rufete, Touriga Nacional, Touriga Franca and Tinta Roriz.