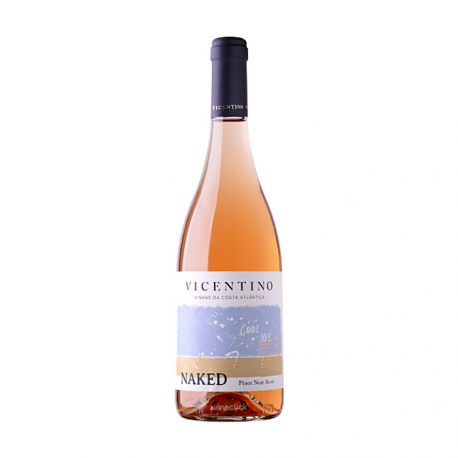 Light pink colour. The aroma is predominantly fruity, with notes of grapefruit, raspberries, and fresh watermelon. In the palate it is smooth, with volume, presenting a balanced and refreshing acidity. The end is long and saline.

From the legend comes the name, and from the terroir surprising wines are born
The legend that gives its name to the “Vicentine Coast” dates back to the times of Afonso Henriques, the first King of Portugal, when a flock of crows led an expedition to recover the relics of Saint Vincent that were known to be buried somewhere on the Sagres coast, bringing them along the coast until Lisbon.

Vicentino is the tribute to this unique region of Portugal, in which its vineyard is beautifully located on the coastline. Both the sun and the Atlantic breeze make this terroir the cradle of exceptional and fresh wines.

Ole Martin Siem, from Noeway to Portugal
30 years ago, when Ole Martin Siem first came to Portugal, the agricultural background from his educational and professional path led him to recognize the ideal soil and climate conditions for wine production in the region.

Ole Martin Siem was born in Norway, but has travelled all over the world developing his business of fruit and vegetables production and trade. Of all the visited countries, Portugal stood out both for the quality of the Alentejo wines and for the stunning landscapes of the Vicentine Coast.

It was there, where the sea and the cliffs meet in one unique ecosystem that he chose to plant his vineyards. The harvested grapes from these vineyards, the result of hours of work and dedication, are the secret of the Vicentino.

The Legend
The legend that gives its name to this coast dates back to the times of Afonso Henriques, the first King of Portugal, who sent an expedition to recover the relics of Saint Vincent that were known to be buried somewhere on the coast of Sagres. In this quest, the ship wandered the coast unsuccessfully until a flock of crows surprised the crew and led them to the sought tomb. Two of these birds, the faithful guardians of Saint Vincent, accompanied the ship with the relics during its trip back to Lisbon along the coast. The crows, popularly called “Vicente”, can still be found on the Vicentine Coast where the ship went.

The Alentejo Coast
These vineyards can be found in Brejão, where Alentejo’s high temperatures are attenuated by the ocean, the typical concentration of an inland viticulture being balanced by the sea freshness and moisture, leading to an optimal maturation. The grapes, consequently, ripen slowly and evenly, with cool wet winters, mild summers and the constant presence of sea winds, creating wines in which elegance overlaps robustness.

Soil & Grapes
Planted in clay-schist and sandy soils, with low production potential, the Vicentino grapes bear their best attributes. The low productivity imposed by the land enhances the quality of the grapes, promoting an optimum mix of organic acids, sugars and phenolic compounds. The achievement of this balance between quantity and quality, together with the mild climate, allows us to aim for excellency. 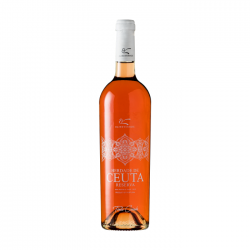