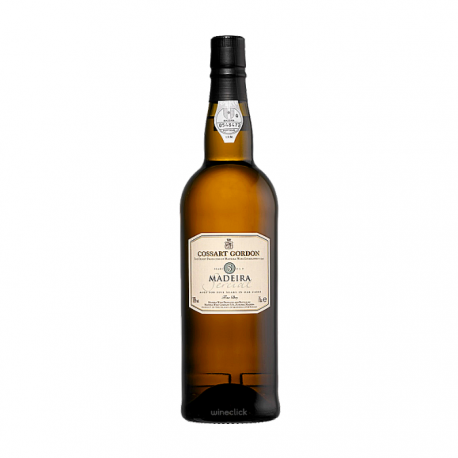 Topaz colour with golden reflections. Characteristic bouquet of Madeira, with dried fruits, wood and notes of orange peel. Dry and fresh, in perfect harmony with a citrus backbone. Long and refreshing aftertaste.

Cossart Gordon & Co. was established in 1745 and is the oldest company in the Madeira Wine trade. Francis Newton, a young Scot sailed from Gravesend in Britain and arrived in Madeira on September 12th 1745, founding the company. He was joined by his younger brother Thomas from 1758 to 1763 and then by another Scot, Thomas Gordon of Balmaghie also in 1758. Thomas Murdoch joined the firm in 1791 that came to be called Newton, Gordon, Murdoch & Co.

By 1850 the firm was said to be shipping "half the growth of the island" and Newton's contacts in America through his brother Andrew (who left Scotland for Virginia) were proving to be highly successful and the company acquired an unequalled reputation as suppliers of fine Madeiras. The colonies in North America were at the time the largest and most discerning market, so much so in fact that the best production was widely known as "America Madeira". Madeira played such an important part in the American life that it was used to toast the Declaration of Independence on July 4th 1776.

n 1808, the Scottish dominance over the firm was broken with the arrival of William Cossart, an Irishman descended from the distinguished Hugnenot family of France. The title of the firm changed in 1831 with the arrival of Cossart's nephew Peter to the island. It briefly became known as Newton, Gordon, Cossart & Co., but with the death of Newton and the resignation of the last Gordon, the firm changed its name to the now world famous branding of Cossart, Gordon & Co.

The firm has always maintained its British nationality with a branch in London since 1748, and in 1909, because the family had grown so large, the firm was registered as a limited company. At the end of the 19th century the firm had expanded by including port, sherry, tarragona, marsala and malaga to their wine portfolio. These businesses continued until the outbreak of II World War II when the firm decided to concentrate solely on Madeira. 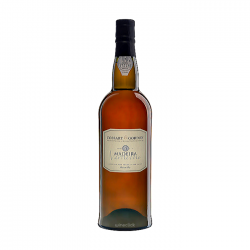 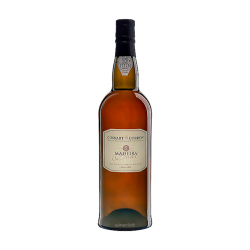